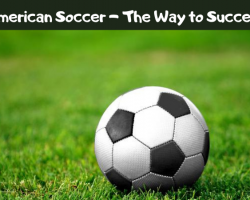 American Soccer – The Way to Success

In the XX, the United States made two major attempts to create a competitive football league, both of which ended in failure. FIFA helped to finally acclimatize European soccer in America. The organization demanded the creation of a national league as one of the conditions for holding the World Cup in the country in 1994….